British pronunciation training materials tend to teach the accent of the south-east of England. This doesn’t show many signs of changing. A non-native English speaker studying pronunciation in the UK will probably find this variety – often known as RP[1] – to be the main offering in pronunciation books or classes.

The UK has a huge range of accents, so this RP focus can seem restrictive and unrepresentative. If we can speak clearly in any accent (we can), why do so many published pronunciation materials and courses seem to offer this ONE accent only? 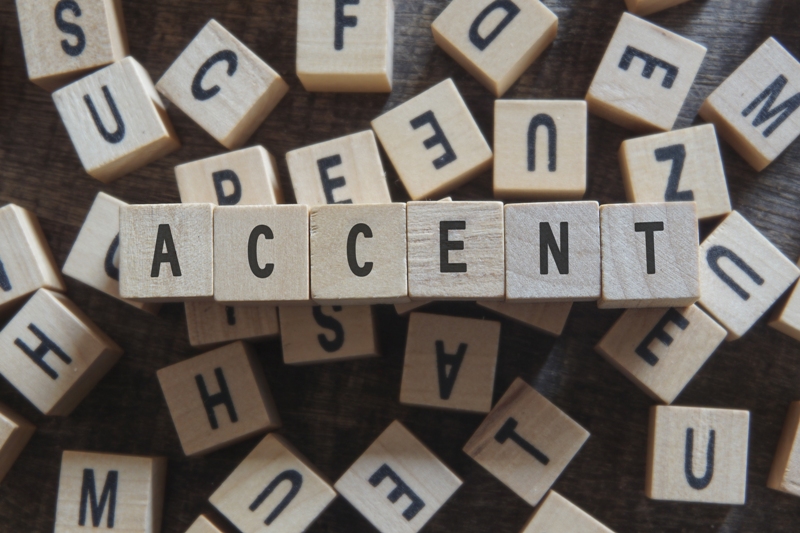 We need a clear framework to learn and teach from. In theory, that could be any accent: Scottish, Yorkshire or Bristol would do the job. But we do need just one, at least in the earlier stages of training. While it’s definitely interesting – even advisable – to know that there are variations in how to pronounce a word, we need a defined model to aim for in the classroom. It wouldn’t be useful for me as a French language learner to be given a selection of six more more possible pronunciations of a given word. As someone looking to pronounce French more clearly and consistently, it would be most helpful for me to have one pronunciation to aim for, at least at the beginning, which would enable me to build a coherent and reliable French pronunciation system in my own speech. As an English pronunciation trainer, I want to offer the same coherence and clarity to my clients.

OK, so we need a model, but why is RP chosen over all others? Well, the accent from the south-east – the (traditional) economic and political centre of the UK – was once seen as the ‘standard’, and that seems to have stuck. The accent itself is no better, worse or clearer than any other. We could argue that RP is widely recognised and ‘exported’ – national newsreaders tend to adapt towards it – so maybe it’s the British accent an international audience is most likely to understand. While there is some truth here, it’s unwise to assume this as fact. In fact, north American accents may be more globally understood, but that is another story for another blog…

My own pronunciation materials are based in RP. However, because most of my training is one to one, I always establish with my clients from the very beginning which pronunciation system suits them and their circumstances. I am based in London, so for my clients who live here, it often makes sense to use an accent model they are likely to hear around them[2]. This is a choice arrived at after discussion and knowledge that there are other options. If necessary, I adapt my training materials in a way that is useful for the client.

Pronunciation training is all about choice

In any case, many of my clients are not aiming for perfect representation of an accent, so RP might be irrelevant, or it may simply be there as a reference point or comparison. I work with many people who just want to feel confident that they are speaking clearly, which is possible in any accent at all. We may explore certain vowel (or other) choices and habits and how they affect clarity, taking into account my client’s likely audience.

If returned to my native Scotland and taught pronunciation there, I would very probably re-write my materials and teach pronunciation from a Scottish vowel system. That sounds quite fun and refreshing, actually. Maybe I’ll do it one day!

There is no one ‘correct’ way to pronounce English. However, the practical need for a clear target model is very real. The nature of that target model depends on the needs of the individual.

It’s all about choice, and that’s what Vocal Choice is here to help with!

To start your journey towards super clear English pronunciation today, check out my free resource.

[1] Received Pronunciation – an accent traditionally seen as ‘standard’ in the UK. Today, a modern, relaxed version is usually taught.

[2] Bearing in mind that there is a HUGE variety of accents in south-east England.

Your Accent is Always a Personal Choice

We use cookies on our website to give you the most relevant experience by remembering your preferences and repeat visits. By clicking “Accept”, you consent to the use of ALL the cookies.
Cookie settingsACCEPTRead More

This website uses cookies to improve your experience while you navigate through the website. Out of these, the cookies that are categorized as necessary are stored on your browser as they are essential for the working of basic functionalities of the website. We also use third-party cookies that help us analyze and understand how you use this website. These cookies will be stored in your browser only with your consent. You also have the option to opt-out of these cookies. But opting out of some of these cookies may affect your browsing experience.
Necessary Always Enabled
Necessary cookies are absolutely essential for the website to function properly. These cookies ensure basic functionalities and security features of the website, anonymously.
Functional
Functional cookies help to perform certain functionalities like sharing the content of the website on social media platforms, collect feedbacks, and other third-party features.
Performance
Performance cookies are used to understand and analyze the key performance indexes of the website which helps in delivering a better user experience for the visitors.
Analytics
Analytical cookies are used to understand how visitors interact with the website. These cookies help provide information on metrics the number of visitors, bounce rate, traffic source, etc.
Advertisement
Advertisement cookies are used to provide visitors with relevant ads and marketing campaigns. These cookies track visitors across websites and collect information to provide customized ads.
Others
Other uncategorized cookies are those that are being analyzed and have not been classified into a category as yet.
SAVE & ACCEPT